After studying in Heidelberg and Munich, Dr. Wolfgang Gruber took his second state law exam in Munich in 1995. After successfully completing his legal training in Germany, he continued his education at the Georgetown University Law Center in Washington D.C., USA, where he obtained a Master of Laws (LL.M.) degree in 1996. 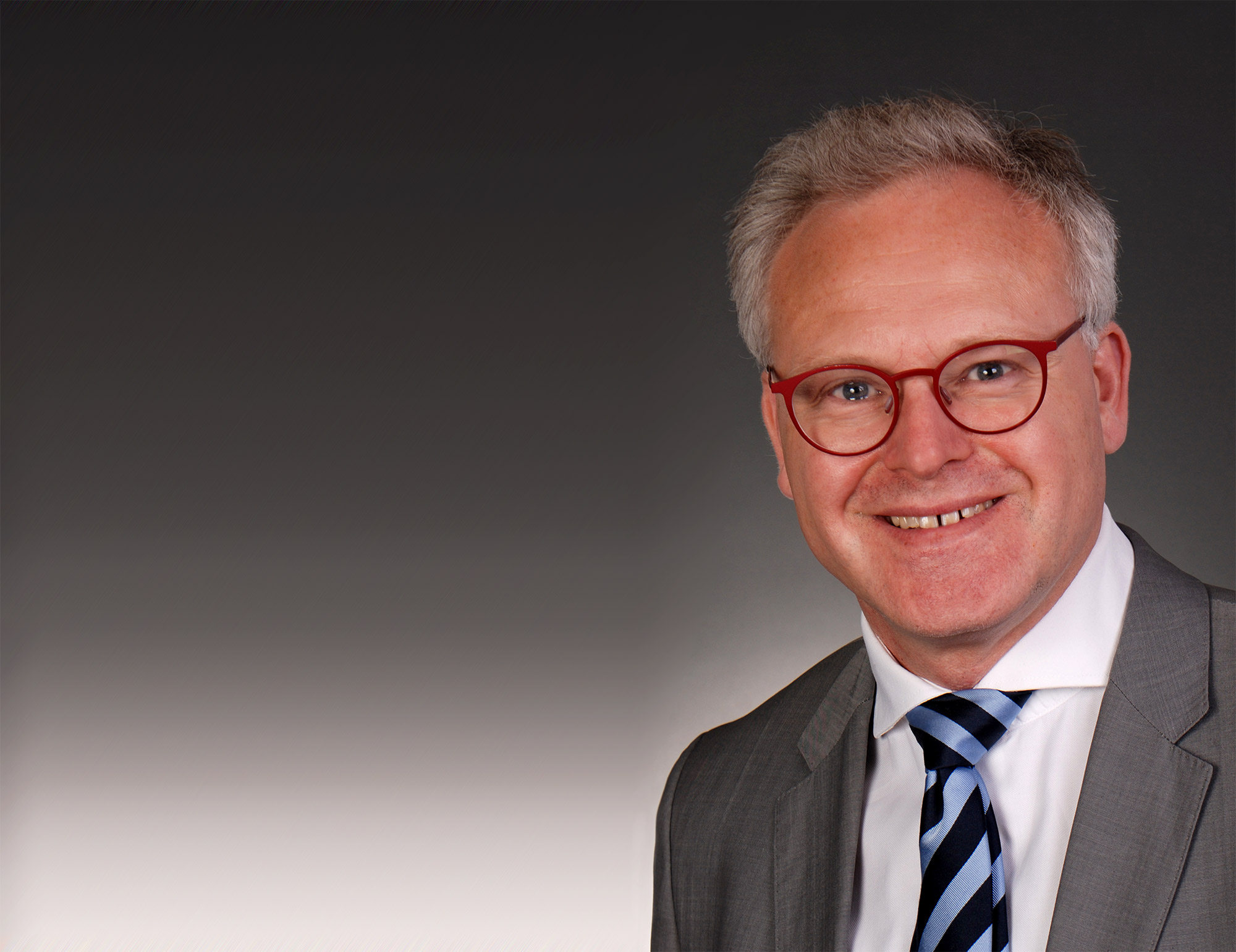 In 1997, he received his doctorate in law from the University of Munich with a thesis on an arbitration law topic supervised by Prof. Schlosser.

In the same year, he was admitted to the bar and began his professional career in the Düsseldorf office of the law firm Bruckhaus, Westrick, Stegemann, which after various mergers is now known as “Freshfields”. Initially, he primarily dealt with legal issues relating to the energy industry. The likewise extensive involvement in international legal disputes, especially in the fields of international commercial transactions and plant engineering and construction, which are predominantly conducted before (international) arbitration tribunals, led him to the Paris office of the firm in the course of an extensive secondment, where he gained experience in a group of leading international arbitrators.

In 2003, he joined the international law firm Taylor Wessing, Düsseldorf office, as a partner and continued his practice as a specialist in litigation, in particular arbitration, mainly in the fields of industrial plant and mechanical engineering, international trade and distribution, energy law, but also corporate law. For many years, he headed the firm’s international arbitration practice. For his successful work, he was regularly recommended in relevant industry magazines as a consultant and litigator. Parties frequently appointed him as an assessor or chairman in arbitration proceedings and thus commissioned him to (co-)decide their dispute.
In 2019, he left Taylor Wessing at his own request to take on new responsibilities in the legal department of a global non-profit organization.

In 2020, he returned to private practice and founded the office “Gruberlegal” to provide independent legal advice and personal service to his clients. There he continues his legal practice in the fields of his previous specialization (litigation arbitration, industrial plant and machinery construction, international sales and distribution).

Dr. Wolfgang Gruber, LL.M. was a lecturer at the Universities of Bonn and Düsseldorf for many years. He contributed to the development of arbitration law as a member of the ICC Commission on Arbitration and ADR (including the task force on Arbitration of Climate Change Related Disputes) and through various publications.

Gruberlegal’s consulting philosophy is strictly oriented towards the needs of the client:

# Professional quality and experience at major international law firm level and higher, which is documented and guaranteed by WolfgangGruber’s many years of affiliation with such units;

# Concentration on the essentials, including the human factor.

# The consultant’s own business considerations do not shape the relationship with the client: in particular, the client is not an object of cross-selling efforts with the aim of improving the capacity utilization of a larger unit.

# The lean firm structure not only ensures a low-cost structure, but also avoids   service offers that are to most clients of limited or no value, such as locations in remote areas or overstretched internal support departments, e.g. for marketing, thus eliminating disturbance for the client. Gruberlegal passes these advantages on to clients in the form of a very competitive fee structure.

How can we help?